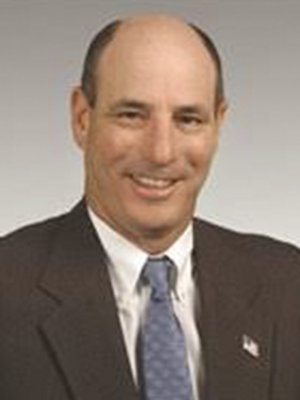 Prior to retirement, Michael Gass was the President and Chief Executive Ofﬁcer for United Launch Alliance (ULA). He served as the principal strategic leader in the creation of this joint venture company, leading Lockheed Martin and Boeing through company negotiations, regulatory approval, and initial integration. He provided leadership for ULA through the ﬁrst eight years of outstanding company performance.

Gass served in several management positions with General Dynamics for 14 years before its Space Systems Division was acquired by Martin Marietta, which merged with the Lockheed Corporation in 1995 to become Lockheed Martin Corporation.

In addition to his corporate leadership, Gass is also a leader in the communities where he lives and works. In Colorado, he has served on former Gov. John Hickenlooper’s Education Leadership Council and co-chaired former Gov. Bill Ritter’s P-20 Education Commission – groups that have worked to improve the state’s educational system. He has volunteered for numerous non-proﬁts, including Denver Rescue Mission, Mile High United Way and Project C.U.R.E., among others.

He is currently a Board Member for XCOR Corporation and the Space Foundation, a non-proﬁt that promotes international space activities. He also co-chairs the Metro Denver Economic Development Corporation’s Colorado Aerospace Coalition.

Gass graduated from Lehigh University with a BS in Industrial Engineering. He also attended the Sloan Fellows Program at the Massachusetts Institute of Technology where he received a MS in Management.